THE EXPENDABLE CONSUMER: Why Are the Biggest Companies So Willing to Treat Us So Bad? 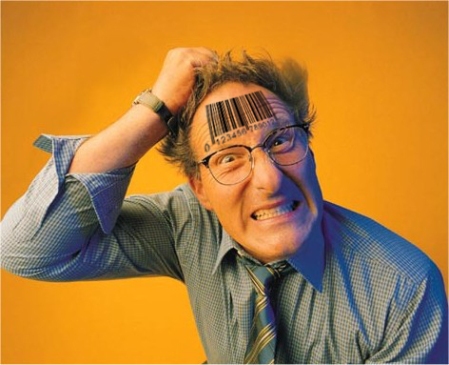 What, you still thought the customer was always right?

The old adage says that you can attract more flies with honey than with vinegar.  However, the sharp-tongued individual is always quick to respond that even more flies will come your way with bullshit rather than honey.  Our corporate masters, those who offer up their services and sell us their junk, most certainly embrace the latter.  Anyone who has made a purchase, set foot in a big-box store, attempted to call customer service or been involved in any kind of transaction involving a Fortune 500 company in the last few years will most certainly attest to that notion.

Whether its your bank, your cable provider, your grocery store or your least favorite restaurant chain, you undoubtedly have a horror story about some kind of consumer-related atrocity that was committed at your expense.  We’ve all been wronged, and yet we all, sometimes without choice, begrudgingly line up for more.  Those tales of marketplace malfeasance are cataloged on a fascinating website I recently discovered located at www.consumerist.com.  Consumers like you from all across the country have gathered at The Consumerist to form a kind of support group where people share their accounts of how huge multi-national corporations have robbed, humiliated and generally taken advantage of them usually without any remorse or reservation.

The Consumerist has provided me with endless hours of reading enjoyment.  Some stories I can relate to while others cause me to shake my head in disbelief.  You can search their archives by the topic of the transgression.  Had trouble with a car dealer?  Been screwed on a return?  There’s sure to be someone with a similar story.  Or perhaps your beef is with one company in particular?  Feel free to scroll through The Consumerist’s list of corporate offenders.  Who’s the object of your ire?  Walmart?  Bank of America?  United Healthcare?  Microsoft?  They’re all there…and it’s a bad-business-buffet…a veritable who’s who of goonish, profit-thirsty corporate jackasses.

No matter the topic, no matter the company at-fault, they all have something in common.  They all treat their customers like crap.  Each and every last one of them regards each and every last one of us as no better than that fly they’re hoping to attract with their giant, stinking bowl of BS.  The stories that people have posted on this site are horrific.  Here’s one about a girl who died while waiting for CIGNA to decide if she qualified for a liver transplant or not.  Here’s one about an old woman who bled to death because  Comcast’s Operator couldn’t connect her 911 call to the police dispatch properly.  And here’s a famous one where JP Morgan Chase sent an employee to change the locks on a house they thought was in foreclosure, except it wasn’t and the owner was at home while they broke in.

But the most amazing part of all of these stories is that no matter how obscene the offense, these companies suffer minimal damage and are able to return to raking in gobs and gobs of our money.  Now certainly, as consumers we are sometimes left with minimal options when it comes to refusing to do business with these corporations.  People will continue to eat at McDonald’s because their prices are low.  I’ll continue to get my cable from Comcast because they’re the only provider at my address.  My wife and I wanted to do business with a local bank, but that bank ended up selling our mortgage to Bank of America whether we liked it or not.  They’ve got the game rigged and they know they can essentially treat you as badly as they like and you’re sure to come crawling back for more.  And even if you’re fortunate enough to be able to put an end to this abusive relationship, they know there is another sucker standing right behind you who doesn’t have that same kind of luck.

So the American Consumer is bent over a barrel and our corporate masters are free to treat us like crap.  But the logical question that follows is “why would they WANT to?”  Obviously, companies have made the determination that it’s not a big deal to lose a customer because plenty of current and future customers are there to take his or her place.  But isn’t it the goal of business to attract and KEEP as many customers as possible?  Let’s say you own a business and you have 10 customers.  You’ve pissed two of them off and they’re going elsewhere, but you’re not worried because you have three new ones lined up as replacements.  So you say, “I can afford to lose those two because I’ve got three new ones coming in.  I used to have 10 customers, but now I have 11.”  That all sounds well and good, but am I the only one who thinks the most sensible plan of action would’ve been to not piss-off those first two customers, keep your original 10, still add 3 and end up with 13 instead of 11?  I can’t for the life of me figure out how this willing and seemingly intentional purging of customers makes the slightest bit of business sense.

Why are we so expendable?  I know they all already make truckloads of money, but greed is the only language these bastards speak, so why aren’t they willing to make two truckloads instead of just the one?  My wife and I hate Walmart and we refuse to shop there.  Doesn’t that bother them?  Shouldn’t they covet our money?  Why are these corporations so willing to do so many things that drive all of us up the wall?  I could be a happy Verizon customer if their contracts weren’t so unreasonable.  I’d still have a Chase credit card if they didn’t randomly jack-up their rates.  Take a second and think about how many companies you’ve become so frustrated with that you promised yourself to never again buy their junk.  Doesn’t that mean anything to them?  I understand that Subway isn’t going to go bankrupt if I stop buying their subs, but shouldn’t they still want to try to keep me nonetheless?

There’s obviously some kind of cost/benefit algorithm that they’ve concocted that justifies this.  But that’s absolutely crazy.  That means we live in a culture that has decided it is actually more beneficial and profitable to screw your customers than to treat them well.  Our largest corporations have made the calculus that making terrible products and offering pathetic service is a better business model than doing things right.  So it obviously doesn’t matter how angry it might make you that HP or Motorola has their customer service center somewhere in India.  You may fuss and fume after spending hours on the phone with someone who barely speaks english and vow to never buy their crap again, but it doesn’t matter.  That customer-service center that ruined your day saves them enough money that your patronage is expendable.  We can only deduce that they have come to the conclusion that making a quality product or offering professional customer service is a loser, no matter how many of us promise to leave.

These companies have become so large and powerful that they no longer need to worry about losing customers.  They feel complete freedom to employ whatever money-saving tactic they desire.  Those tactics are set into motion at our expense and yet their profits will still continue to grow.  Take a look at The Consumerist’s list for “The Worst Company in America” competition.  This is a list of the worst offenders in the country.   They each have their own unique and repulsive track record of giving their customers the shaft and putting their profits over their customer’s happiness.  But here’s the amazing thing…all of those companies are all WILDLY SUCCESSFUL!  They’ve taken a dump on millions of American consumers and they’re getting rich while doing it.

So what’s the solution?  The most obvious answer is to say that we, the angry customers, haven’t been diligent enough about withholding our business.  Millions of us may have been wronged, but unfortunately, the thousands who have fought back haven’t been able to make a big enough dent.  But such is the nature of a free-market system.  For as long as people continue to buy from these companies, they’ll continue to survive.  To see these barbarians of business brought to their knees, we need to be unwavering in our resolve.  We need to be organized and determined to prove to those who have trespassed against us that their actions will have consequences.  We, the consumers, ultimately decide how profitable or successful these companies will be.  Our power to make that determination is only as strong as our willingness to present a unified front of opposition.

Unfortunately, the deck is stacked against us.  Our idealized “free-market economy” isn’t nearly as free as we would like to believe.  Not everyone possesses the freedom of choice necessary to avoid these corporate crooks.  “Mom & Pop” stores are losing the battle and alternatives to Big Box Stores are hard to find.  The financial world is centralized between a small handful of companies and any effort to work with a local bank can often be an illusion.  We may choose to avoid fast-food restaurants, but we still unknowingly buy our food from the companies that supply them.  For every instance where we can choose to abstain, another instance will arise where we cannot without incurring a hardship.  All of that is intentional.  Competition is the hallmark of a free-market society, but in the corporate world, competition is something to be dismantled over time.  These companies spend their profits in Washington with the explicit purpose of limiting our options.  Every dollar we give them is a dollar they’ll use to ensure that we have no choice but to come back again.

I don’t know about you, but I definitely prefer honey over both vinegar and bullshit.  But too many of us flies are allowing ourselves to be captured by that ever-growing mountain of BS.  If we want the sweet stuff, we’re going to have to start demanding it.